Building large-scale applications from the ground up requires difficult decision-making by the stakeholder groups at a time when you don't even know what the future of your project might look like. Fundamental parts of a project or a service might need to be changed any time in the future due to unexpected traffic or growth, the introduction of a new feature set, or any such infinite scenarios. The fundamentals include what data source you're using (relational, non-relational, document-based, APIs, and so on) and what triggers you're using (any stimuli that tells your system to perform an action on the data).

When a system is growing, being locked into a database that is performing inefficiently is a bad situation to be in, especially when you know that using something else can be way more optimized and cost-saving. One more example: let's assume that the business algorithm that runs using a particular data source has to use a new data source. You were using an API, and now you have to use CSVs to ingest the same data. Another example would be if you were performing a large calculation on a dataset when a web-hook alerted your systems, but the calculation should now be initiated by incoming email requests as well.

In the scenarios above, it can be a pain to update your systems to adapt to and handle a new data source, data persistence, or trigger. This can be a real pain in the *** in a poorly designed system. Using a new database can be a challenge because queries are randomly present everywhere in your codebase. The business logic is entangled with long database queries, and changing a database means updating the way the business logic functions. And any old tests that you wrote, say bye-bye to them; you get the idea.

A hexagonal architecture divides the system into an interchangeable and loosely-coupled set of components. This makes it easy to add, change, or remove any part of the system as rapidly as possible.

I still don't know why it is termed hexagonal because there are no exact six parts to the system that we talk about, and I found a similar problem discussed on Wikipedia. 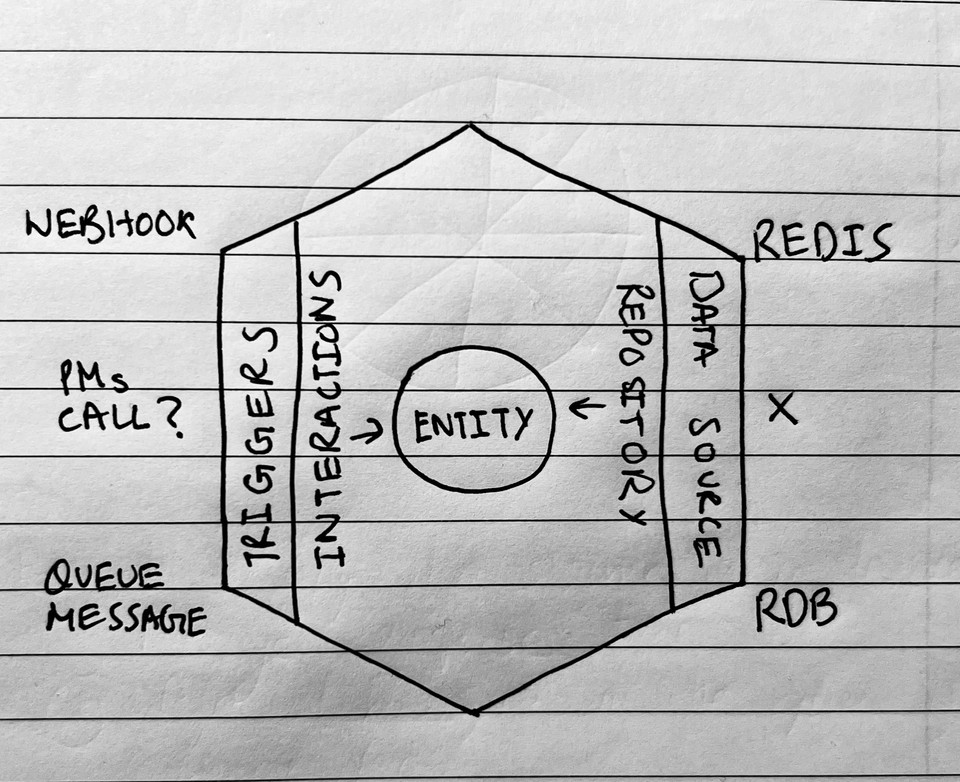 Let's understand what the above gibberish means

The outer part of the above diagram depicts components that are highly decoupled and can be changed when the time arises without changing the business logic.

I already talked about the many advantages of having a hexagonal architecture. Allow me to add a few more.

This was my explanation of the Hexagonal Architecture, hope you learned something new!